This topic has been deleted. Only users with topic management privileges can see it.
last edited by
0
S
sonicboyz

I'm having problems with my PS3 controllers(original dualshock 3 via wired USB) in Windows 10 Pro x64.

But when playing 2 players game with 2 controllers(both original dualshock 3 via wired USB), the 2nd player's controller will always be partially out of control after several minutes in any games.

Might not be hardware's fault because even when I swapped both controllers + cables and reboot, the problem still exist for 2nd player after several minutes in any games.

I don't know what to do next.
I don't remember having problems when using Windows 7 + SCP drivers long ago.

Anyone can help?
Thank you.

I don't have an immediate answer to your problems but there's a bit of information that you could provide to help us debug.

Hi, thanks for your help.

Nothing found.
Previously, I was using SCP drivers older than v1.6.

Get back to me on point #2 when you can. Thanks!

Here is the result during garbage input.

But I think other buttons won't random input if button 2 does not light up. 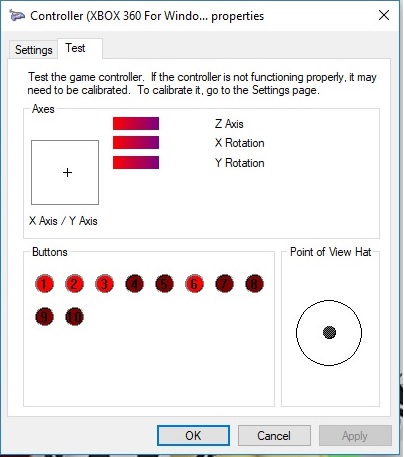 Sorry for my late response.
That does seem very odd, do you happen to have some other program installed on your PC that may be using the second X360Controller? I'll talk with the dev and see if he has any ideas.

I don't think other programs is using the 2nd controller.

Anyway, I have removed one of the DS3 controllers and plugged in a original xbox360 wired controller.
Now, I can play 2 players game without any garbage input.